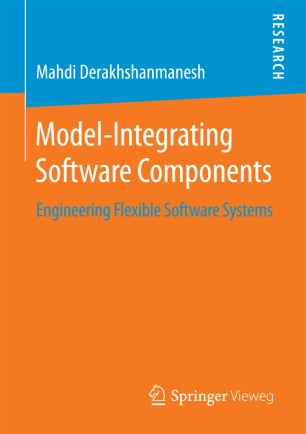 In his study, Mahdi Derakhshanmanesh builds on the state of the art in modeling by proposing to integrate models into running software on the component-level without translating them to code. Such so-called model-integrating software exploits all advantages of models: models implicitly support a good separation of concerns, they are self-documenting and thus improve understandability and maintainability, and in contrast to model-driven approaches there is no synchronization problem anymore between the models and the code generated from them. Using model-integrating components, software will be easier to build and easier to evolve by just modifying the respective model in an editor. Furthermore, software may also adapt itself at runtime by transforming its own model part.

Mahdi Derakhshanmanesh is a postdoctoral researcher and lecturer at the University of Koblenz-Landau, Institute for Software Technology.