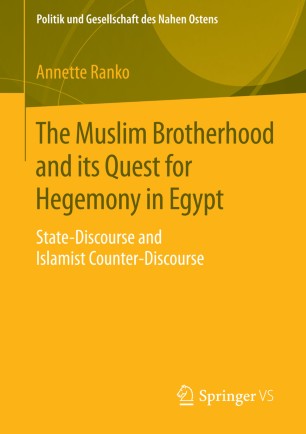 Annette Ranko analyses the Muslim Brotherhood’s challenging of the Mubarak regime and the ensuing struggle between the two from 1981 to 2011. She furthermore traces how the group evolved throughout the process of that struggle. She studies how the Brotherhood’s portrayal of itself as an attractive alternative to the regime provoked the Mubarak regime to level anti-Brotherhood propaganda in the state-run media in order to contain the group’s appeal amongst the public. The author shows how the regime’s portrayal of the Brotherhood and the Brotherhood’s engagement with it have evolved over time, and how this ideational interplay has combined with structural institutional aspects in shaping the group’s behaviour and ideology.

The Author
Annette Ranko is a research fellow at the German Institute of Global and Area Studies (GIGA) in Hamburg, Germany.