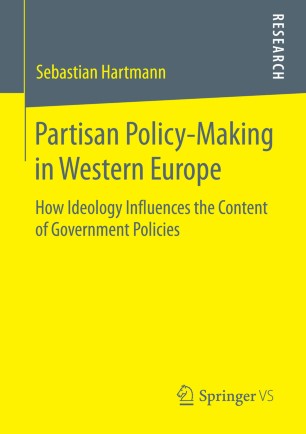 Sebastian Hartmann aims at answering the question whether socioeconomic policies implemented by governments are generally rather similar or whether their content actually varies with the ideological background of governments. In addition, he wants to find out whether government characteristics such as coalition or minority situations impact the degree of partisan policy-making. The author employs a new dataset of social and economic policies collected for several Western European countries. By conducting a wide range of empirical analyses and by using an innovative approach for analysing the policy output, he shows that ideology indeed matters. However, the degree of its influence is contingent upon structural characteristics of governments.