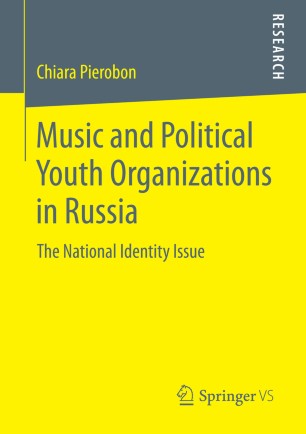 Chiara Pierobon analyzes the relationship existing between political youth organizations, music and national identity in contemporary Russia. In particular, she focuses the most important political youth organizations present in the city of St. Petersburg and describes their contribution to the conceptualization of post-Soviet national identity(ies), as captured through an analysis of their music. The book distinguishes itself for its conceptualization of music and provides new empirical insights into the use of this medium as a research tool and as an analytic device for the study and comparison of political youth organizations. It also suggests the adoption of a new approach looking at the national identity issue as an “operational category offering a [new] relevant framework for the study of contemporary Russia” (Laruelle 2010).

Chiara Pierobon works as post-doctoral fellow at the Center for German and European Studies (CGES/ZDES) of the Bielefeld University, Germany.

Chiara Pierobon works as post-doctoral fellow at the Center for German and European Studies (CGES/ZDES) of the Bielefeld University, Germany.