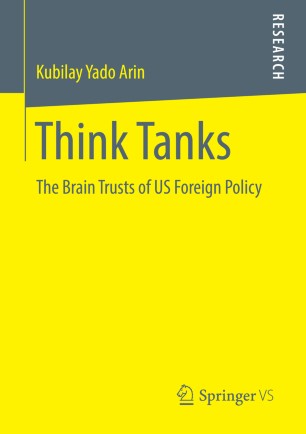 Think tanks and their researchers provide much needed explanation of foreign policy. Many US Presidents have consulted think tanks for policy advise and for ideological coherence. Indeed, the American Presidents have employed experts from think tanks to serve in senior positions in their government. Policy-makers look for advise to think tanks and their scholars resulting from the decentralisation and fragmentation of the American political system. In a system based on separate branches sharing powers, and one in which policy-makers are not limited by the programs of political parties, think tanks can communicate their ideas through multiple channels to several hundred law-makers. The author examines the war of ideas waged by the neoconservative think tanks against their liberal counterparts.

Dr. Kubilay Yado Arin studied Political Science and made his Ph.D studies in American Cultural History at the University of Munich.