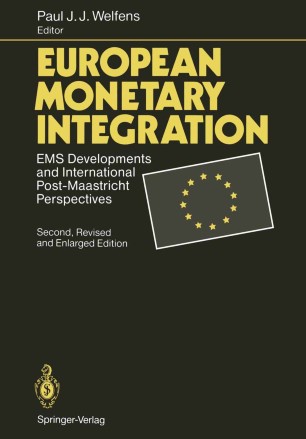 EC monetary integration was reinforced in the 1980s when macroeconomic convergence and a dominant role of the German Bundesbank created the basis for relatively stable exchange rates and increasing EC trade volumes. Reduced capital controls and rising capital mobility as well as German unification caused shifts and shocks which undermined EMS stability in a critical period - the transition to EMU in accord with the Maastricht Treaty which called for further increasing monetary integration. The analysis focuses on these issues, the EMS crisis of 1992/93, the topic of optimum currency areas and the problem of fiscal policies/regional stabilization in Europe, the US and Canada. This book gives an assessment of the EMS developments and shows how financial market liberalization as well as the EC 1992 project affect the process of economic and monetary union.