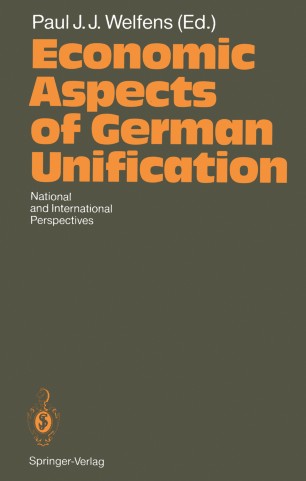 German unification is changing central Europe, the EC and international economic and political relations. Prosperous West Germany with its "social market economy" has absorbed the socialist GDR which is facing a complex systemic tranformation process. This volume analyzes the causes, developments, and processes that are associated with German unification. The merger of the two Germanies provides a unique laboratory like example of institutional and economic changes against which established economic theoreis and economic policy concepts can be tested. German unification raises, of course, many new questions for Grmany itself, Europe, and the whole international community. Will the enlarged Germany become a new economic giant in Europe and can the FRG maintain stability and prosperity? What macroeconomic and structural problems are faced by the new Germany and what are the effects for trade, investment, and growth in Germany`s partner countries? Will East Germany catch up with the West and can this process serve as a model forEastern Europe? What are the views of Poland and the USSR, and what implications arise for Western Europe and the United States? Finally, how isthe triangular relationship between the U.S., the EC, and Japan affected, and how does this affect the United States` ability to organize economic cooperation with Japan, Germany, and other leading economies?