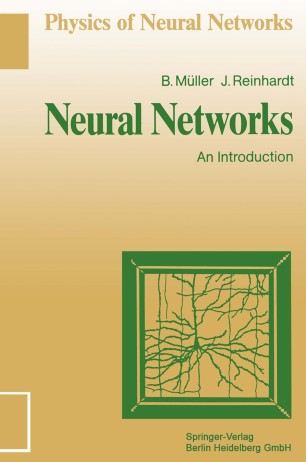 The mysteries of the human mind have fascinated scientists and philosophers alike for centuries. Descartes identified our ability to think as the foundation stone of ontological philosophy. Others have taken the human mind as evidence of the existence of supernatural powers, or even of God. Serious scientific in­ vestigation, which began about half a century ago, has partially answered some of the simpler questions (such as how the brain processes visual information), but has barely touched upon the deeper ones concerned with the nature of consciousness and the possible existence of mental features transcending the biological substance of the brain, often encapsulated in the concept "soul". Besides the physiological and philosophical approaches to these questions, so impressively presented and contrasted in the recent book by Popper and Ec­ cles [P077), studies of formal networks composed of binary-valued information­ processing units, highly abstracted versions of biological neurons, either by mathematical analysis or by computer simulation, have emerged as a third route towards a better understanding of the brain, and possibly of the human mind. Long remaining - with the exception of a brief period in the early 1960s - a rather obscure research interest of a small group of dedicated scientists scattered around the world, neural-network research has recently sprung into the limelight as a "fashionable" research field.