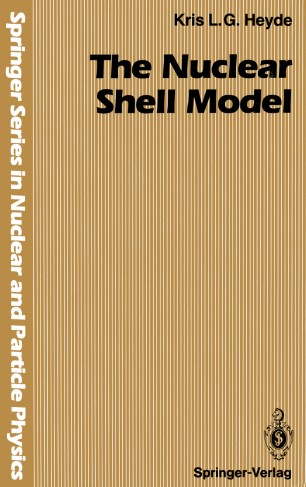 This book is aimed at enabling the reader to obtain a working knowledge of the nuclear shell model and to understand nuclear structure within the framework of the shell model. Attention is concentrated on a coherent, self-contained exposition of the main ideas behind the model with ample illustrations to give an idea beyond formal exposition of the concepts. Since this text grew out of a course taught for advanced undergraduate and first-year graduate students in theoretical nuclear physics, the accents are on a detailed exposition of the material with step-by-step derivations rather than on a superficial description of a large number of topics. In this sense, the book differs from a number of books on theoretical nuclear physics by narrowing the subject to only the nuclear shell model. Most of the expressions used in many of the existing books treating the nuclear shell model are derived here in more detail, in a practitioner's way. Due to frequent student requests I have expanded of detail in order to take away the typical phrase " . . . after some the level simple and straightforward algebra one finds . . . ". The material could probably be treated in a one-year course (implying going through the problem sets and setting up a number of numerical studies by using the provided computer codes). The book is essentially self-contained but requires an introductory course on quantum mechanics and nuclear physics on a more general level.