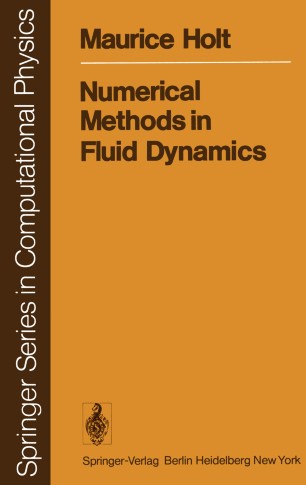 This monograph is based on a graduate course, Mechanical Engipeering 266, which was developed over a number of years at the University of California-Berkeley. Shorter versions of the course were given at the University of Paris VI in 1969, and at the University of Paris XI in 1972. The course was originally presented as the last of a three quarter sequence on Compressible Flow Theory, with emphasis on the treatment of non-linear problems by numerical techniques. This is reflected in the material of the first half of the book, covering several techniques for handling non-linear wave interaction and other problems in Gas Dynamics. The techniques have their origins in the Method of Characteristics (in both two and three dimensions). Besides reviewing the method itself the more recent techniques derived from it, firstly by Godunov and his group, and secondly by Rusanov and his co-workers, are described. Both these approaches are applicable to steady flows calculated as asymptotic states of unsteady flows and treat elliptic prob­ lems as limiting forms of unsteady hyperbolic problems. They are there­ fore applicable to low speed as well a~ to high speed flow problems. The second half of the book covers the treatment of a variety of steady flow problems, including effects of both viscosity and compressibi­ lity, by the Method of Integral Relations, Telenin's Method, and the Method of Lines.