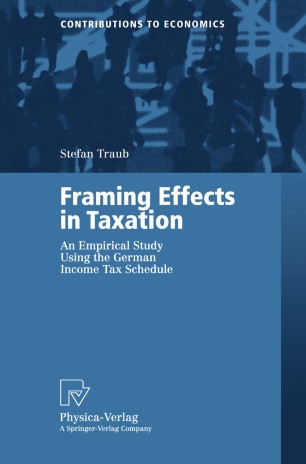 On October 24th, 1994, the pro-government German newspaper 'Die Welt' reported that the Minister of Family Affairs, Mrs. Hannelore Ransch, member of the ruling Christian Democratic Union (CD U), withdrew her candidacy for a second term after serving a four year term. While Chancellor Helmut Kohl and other party colleagues officially expressed their regret for this move, the conservative press openly announced their relief. A symbolic photo of Ransch was published together with the article: In the background, two direction indicators are discernable, one pointing to the 'emergency exit' and the other to the 'escape route'. What led up to this state of affairs? Some months before, Ransch had triggered off a storm of public indignation due to her proposal to partly re­ place the present German child-benefit system by 'tax fines for the childless'. To be exact, the minister's idea was to distinctly increase child allowance and child benefit, and to bill childless families for this measure, that is, childless couples and singles should have to payoff a tax surcharge christened 'Zu­ kunftsbeitrag' (,contribution to the future'). However, only the second part of her proposal, the tax fine, made it to the headlines (compare, for exam­ ple, 'Frankfurter Allgemeine Zeitung', February 19th, 1994, and 'Die Welt', March 28th, 1994).