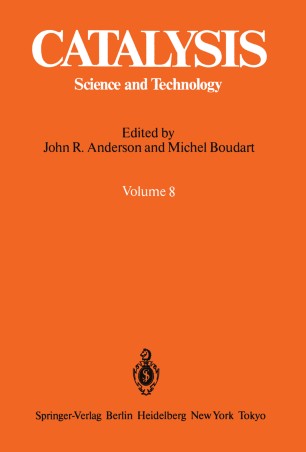 Catalytic oxidation processes are bf central importance to a substantial part of large-scale chemical industry. Indeed, this area of industrial catalysis has an extremely long history which stretches back well into the last century. The development and growth of catalytic oxi­ dation processes for the manufacture of commodities such as sulfuric acid and nitric acid can be viewed as indicators for the growth of the early and middle years of the entire inorganic chemical industry, and in an analogous fashion the manufacture of products such as phthalic anhydride, maleic anhydride and ethylene oxide has been central to the development of an organic chemical industry. We should all be able" to learn from history, and present-day scientists and technologists will find considerable benefit in following the account of the historical development of catalytic oxidation processes presented in Chapter I by Drs. G. Chinchen, P. Davies and R. J. Sampson. Alkenes are important intermediates in many processes in organic chemical industry. Being mostly petroleum­ derived, the alkene availability pattern does not necessar­ ily match consumption requirements and an alkene inter­ conversion process such as metathesis is clearly of in­ dustrial importance. In fact alkene metathesis, in addi­ tion to its industrial significance, poses an interesting mechanistic problem. upon which considerable effort has been expended in recent years and which is now fairly well understood.