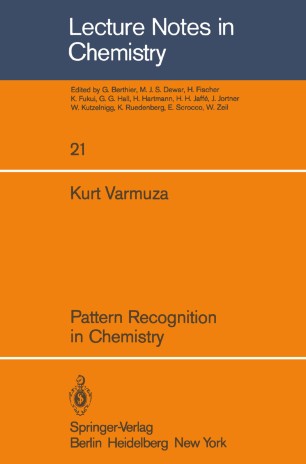 Analytical chemistry of the recent years is strongly influenced by automation. Data acquisition from analytica~ instruments - and some­ times also controlling of instruments - by a computer are principally solved since many years. Availability of microcomputers made these tasks also feasible from the economic point of view. Besides these basic applications of computers in chemical measurements scientists developed computer programs for solving more sophisticated problems for which some kind of "intelligence" is usually supposed to be necessary. Harm­ less numerical experiments on this topic led to passionate discussions about the theme "which jobs cannot be done by a computer but only by human brain ?~. If this question is useful at all it should not be ans­ wered a priori. Application of computers in chemistry is a matter of utility, sometimes it is a social problem, but it is never a question of piety for the human brain. Automated instruments and the necessity to work on complex pro­ blems enhanced the development of automatic methods for the reduction and interpretation of large data sets. Numerous methods from mathematics, statistics, information theory, and computer science have been exten­ sively investigated for the elucidation of chemical information; a new discipline "chemometrics" has been established. Three different approaches have been used for computer-assisted interpretations of chemical data. 1. Heuristic methods try to formu­ late computer programs working in a similar way as a chemist would solve the problem. 2.