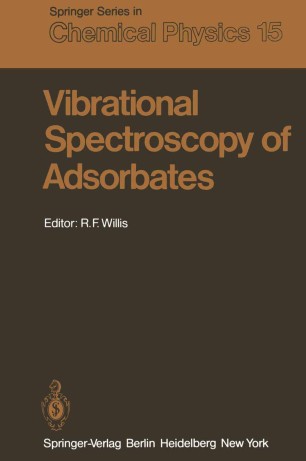 Over the past few years, there has been a growing awareness of the vibratio­ nal properties of solid surfaces and adsorbates due to a steady growth in the number of experimental techniques which have evolved with sufficient resolution and surface sensitivity. An understanding of the surface vibratio­ nal modes is of fundamental importance in many areas of the physics and chemistry of surfaces, most notably in the field of heterogeneous catalysis on metals and alloys. The present volume derives from a one day meeting of invited lectures, held under the auspices of the Thin Films and Surfaces Section of the Insti­ tute of Physics in the Cavendish Laboratory, University of Cambridge, 13 December 1979. The object was to bring together specialists from various diverse fields who would examine the wide variety of methods currently avail­ able for studying surface adsorbate vibrations. Since these methods cover several scientific disciplines, it was subsequently felt that it would be useful to provide a permanent record of the talks as a source lor future reference by workers in what is rapidly becoming an expanding field of',inter­ est in an increasing number of laboratories. The contributions, however, are not in any way meant to constitute exhaustive reviews.