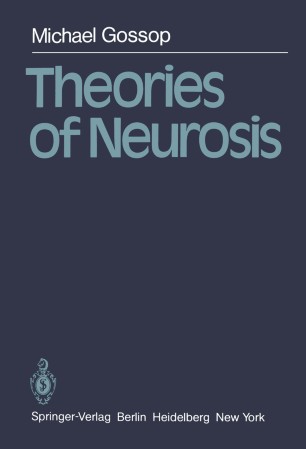 In view of the practical importance of neurotic disorders (with something like one-third of the population suffering such dis­ turbances at some time of their lives) and the equally great theoretical importance of types of behaviour that clearly seem to contradict both common sense and the law of effect, one might have expected that psychologists would develop consis­ tent and testable theories of neurosis and that there would be many textbooks outlining these theories and describing the experiments done to test them. Oddly enough nothing of the kind seems to have happened. There is a dearth of theories of neurosis; those that do exist are not usually put in a readily testable form, and the amount of research that has been done in order to test these theories is nothing like as large as one might have hoped. Nor are there many books setting out the various theories, the arguments for and against and the empiri­ cal evidence; in fact, this may be the only book to have under­ taken this task in the past 20 or 30 years. It is fortunate that the author has succeeded in what is an extremely difficult and complex task. He has examined issues and theories dispassionately and impartially, has clarified the contradictions inherent in most theories and has wisely refused to come to any kind of final judgment about the adequacy of the given theories.