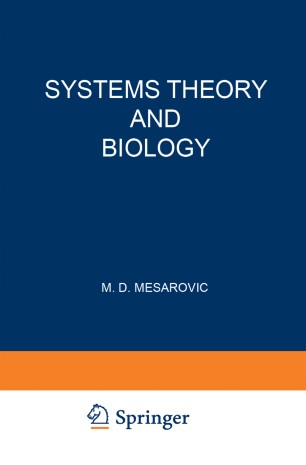 Proceedings of the III Systems Symposium at Case Institute of Technology

By J OHN A. HRONES Provost, Case Institute 0/ Technology SYSTEMS have been the subject of man's study for many hundreds of years. Thus, the solar system has been the concern of the astronomer. The study of the allocation of material and human resources within the boundaries of an industrial firm or a government has been the concern of the economist. The subject of such studies have been widely known as economic systems. Medieal men have worked with the human body. Thus, man has attempted to deal with a complicated array of interconnected elements since the very earliest of recorded time. In his attcmpt to improve his understanding of physieal systems the need to concentrate on a specific kind of system, e.g., the solar system. the human body, became more imperative. However in recent years there has begun to grow and develop an increasing number of people who are working on thc development of general systems theory and analysis. Such a development is based upon the belief that certain view points, certain kinds of mathematics and technologieal procedures can be applied to a wide variety of important systems with considerable profit. The pres­ sures for the development of such a body of knowledge grew with the de­ velopment of a technologieal socicty.