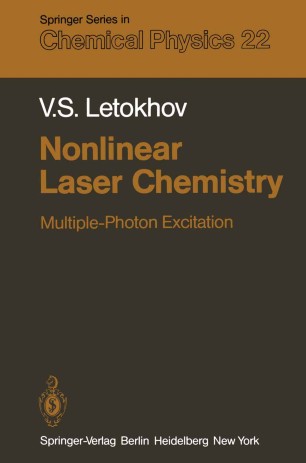 Prefaces are usually written when a manuscript is finished. Having finished this book I can clearly see many shortcomings in it. But if I began to eliminate them I would probably write quite a different book in another two years; indeed, this has already happened once. In 1979, when I finished the first version of this book, it was much broader in scope and was to be titled "Laser Photochemistry." Corrections and additions to that unpublished manuscript gave rise to the present book with its revised title and more specific subject matter. I resolved to have it published in exactly this form, despite the fact that it concerns a dynamically developing field of research and will soon make way for other works. This book contains the basic ideas and results I have been developing with my colleagues, friends and students at the Institute of Spectroscopy, USSR Academy of Sciences, in the town of Troitsk since 1970. It deals with the interaction of light with atoms and molecules via multiple-phonon inter­ action. Nonlinear processes in the resonant interaction are used to illustrate the physical mechanisms involved and to indicate how these processes have led to modern applications such as isotope separation, detection of single atoms and molecules, and chemical and biochemical synthesis.