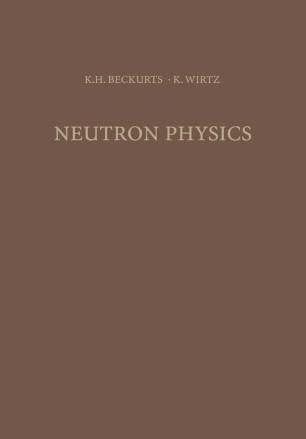 This book is based upon a series of lectures I have occasionally given at the University of Gottingen since 1951. They were meant to introduce the students of experimental physics to the work in a neutron physics laboratory dealing with the problem of measuring neutron flux, diffusion length, Fermi age, effective neutron temperature, absorption cross sections and similar problems. Moreover, these lectures were intended to prepare the students for a subsequent lecture covering the physics of nuclear reactors. The original character of this series of lectures has been retained in the book. It is intended for use by students as well as anyone desiring to work on neutron physics measurements. The first half mainly covers the theory of neutron fields, i. e. essentially diffusion and slowing down theory. The second half is largely concerned with measurements in neutron fields. The appendix contains information and data which, in our experience, are frequently required in a neutron laboratory. The field of nuclear physics proper is briefly touched upon in the first two chapters, but only to the extent necessary for the understanding of the following chapters. The multitude of applications of neutron radiation has not been covered. The conclusion of this manuscript coincided with the end of my long period of activity with the Max-Planck-Institut fur Physik at Gottingen. To Professor HEISENBERG lowe thanks for his advice and suggestions for many of the subjects treated here.