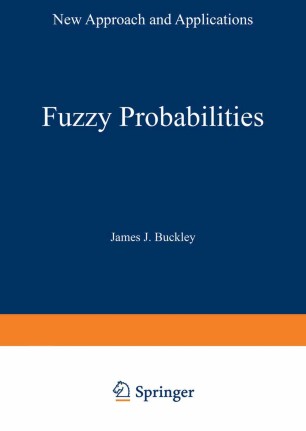 Part of the Studies in Fuzziness and Soft Computing book series (STUDFUZZ, volume 115)

In probability and statistics we often have to estimate probabilities and parameters in probability distributions using a random sample. Instead of using a point estimate calculated from the data we propose using fuzzy numbers which are constructed from a set of confidence intervals. In probability calculations we apply constrained fuzzy arithmetic because probabilities must add to one. Fuzzy random variables have fuzzy distributions. A fuzzy normal random variable has the normal distribution with fuzzy number mean and variance. Applications are to queuing theory, Markov chains, inventory control, decision theory and reliability theory.