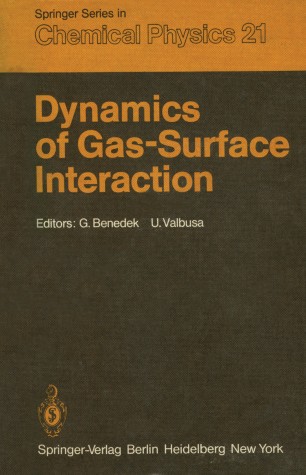 Proceedings of the International School on Material Science and Technology, Erice, Italy, July 1–15, 1981

In recent decades surface science has experienced a large growth in connection with the development of various experimental techniques which are able to characterize solid surfaces through the observation of the scattering of ions, electrons, photons or atoms. These methods of investigation, known under different labels such as LEED, AES, XPS, UPS, etc. have been extensively applied in describing the structure, morphology, and chemical and physical properties of crystal surfaces and interfaces of a large variety of materials of interest in solid-state physics, electronics, metallurgy, biophysics, and heterogeneous catalysis. Among these methods we wish to emphasize molecular beam scattering from solid surfaces. ~lolecular beam scattering has gone through a large development in the last ten years. In this decade a large number of laboratories have used this method to study various clean and adsorbate-covered surfaces. The technique is nonetheless quite old. It dates back to the beginning of the thirties, when Estermann and Stern performed the first atom diffraction experiment proving the wave nature of atoms. In the following years the entire subject of gas-surface interaction was considered a branch of rarefied gas dynamics and developed in connection with aerospace research. Attention was then given to the integral properties of gas-solid interactions (sticking and energy accomodation, mean momentum transfer) rather than to atom-surface scatter­ ing from well-characterized surfaces.