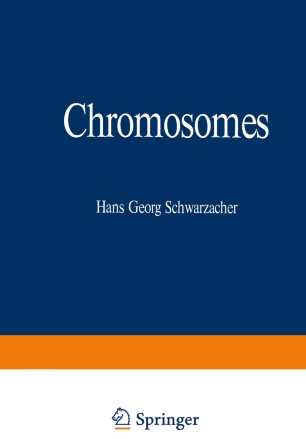 in Mitosis and Interphase

The progress in Micromorphology and Biochemistry of the last decades has led to a rather far reaching understanding of the function of the genes. Much is also known about their morphological organization within the cell, particularly their reduplication and segregation in connection with the process of cell division. The intensive light microscopic studies of the earlier cytological era on cell division and chromosomes, which laid the basis for this understanding are very comprehensively covered by WASSERMANN (1929) in his masterly contribution "Wachstum und Vermehrung der lebendigen Masse" in this handbook. There exist also many more recent reviews on chromosomes and on cytogene­ tics (e. g. SWANSON, 1960; MAZIA, 1961; TURPIN and LEJEUNE, 1965; WmTEHousE, 1969; HAMERTON, 1971; FORD, 1973). However, although some of them cover the more recent findings in man, they have either had to rely on more favorable species for detailed basic information or handled cytogenetic problems from a more practical and clinical point of view. Since moreover, the last few years have brought a flood of new information on chromosomes due to new cytological techniques, a new review on human chromosomes would seem justified within the frame of this handbook. This review will be restricted to human somatic chromosomes, i. e. it wi11leave out meiosis, and will provide information on other species only if this seems necessary for increased clarity.