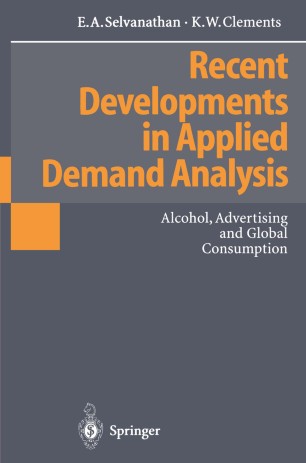 The study of consumer demand is important for a number of reasons. First, as total consumption absorbs more than 70 percent of GDP in most countries, it is the largest of the macroeconomic aggregates, thus having great significance for the state of the economy as a whole and business conditions. Second, the pattern of consumption contains a wealth of useful information regarding economic welfare and living standards. Closely allied to this is that as consumption (both current and future) is the ultimate objective of all economic activity and economic systems (mercantilists notwithstanding), in a fundamental sense consumption patterns are an objective way of measuring and assessing economic performance. Finally, an understanding of the price-responsiveness of consumption is of crucial importance for a host of microeconomic policy issues including public-utility pricing, the measurement of distortions, optimal taxation and the treatment of externalities. The analysis of consumer demand is one of the major successes of economics as it represents the near perfect marriage of theory and econometrics, a situation almost unparalleled in any other field of economics. This field has attracted a lot of attention since the introduction of the linear expenditure system and its application to British data by Stone (1954), followed by the differential demand system of Barten (1964) and Theil (1965, 1975176, 1980) and developments thereafter.