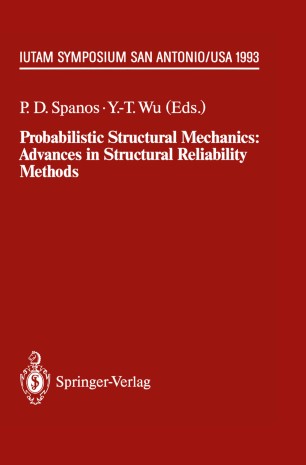 This symposium is the seventh of a series of IUTAM sponsored symposia which focus on probabilistic methods in mechanics. It is the sequel to the series of meetings in Coventry, UK (1972), Southhampton, UK (1976), Frankfurt/Oder, Germany (1982), Stockholm, Sweden (1984), Innsbruck/Igls, Austria (1987), and Turin, Italy (1991). The symposium focused on advances in the area of probabilistic mechanics with direct application to structural reliability issues. The contributed papers address collectively the four components of a structural reliability problem. They are: characterization of stochastic loads, description of material properties in terms of fatigue and fracture, response determination, and quantitative assessment of the reliability of the structural system. Four Keynote Lectures by V. Bolotin (Russia), o. Ditlevsen (Denmark), R. Heller (USA), and F. Ziegler (Austria) were delivered; the remaining contributed papers were organized in ten technical sessIons. A reception was hosted by Dr. Y. Wu the first day of the symposium; the second day of the symposium a banquet was hosted by Dr. P. Spanos, with Dr. N. Abramson serving as the banquet speaker. Closing remarks were provided by the IUTAM Secretary General, Dr. F. Ziegler.