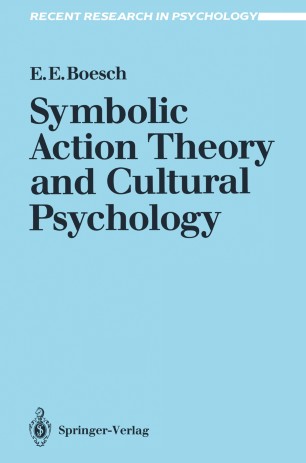 Gustav Jahoda University of Strathclyde Ever since psychology emerged as a separate discipline about a century ago, there have been differing views as to what it is or ought to be. Some, like Ebbinghaus, saw it as a budding natural science, experimental and quantitative. Others, like Dilthey, regarded psychology in the main as a humane field of study, historical and interpretative in character. The dichotomy of "explaining" versus "understanding" has been a subject of debate ever since. Regrettably, most of the protagonists of these respec­ tive positions tend to view them as mutually exclusive, in spite of the fact that already Wundt had stressed that "hard" experimental and "soft" VOlkerpsychologie are both equally important. For the major part of the present century the field has been largely dominated by advocates of "hard-nosed" scientific approaches, typified first by Behaviorism and, latterly, cognitive psychology which concen­ trates on central processes involved in cognition. Without in any way wishing to denigrate the undoubted achievements of cognitive psycholo­ gy, it has its limitations that are epitomized by T. H. Huxley's dictum "The great end of life is not knowledge but action". This might well serve as the motto for the action theory of Ernest Boesch, who is one of several prominent psychologists out of harmony with the prevailing ethos. They travel under different banners such as "social constructivism", "ethogen­ ics" or "hermeneutics", but all share reservations about what many feel is the arid "scientism" of the mainstream.