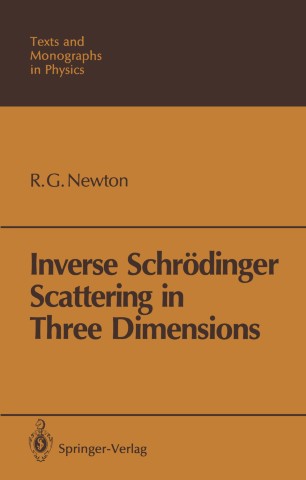 Most of the laws of physics are expressed in the form of differential equations; that is our legacy from Isaac Newton. The customary separation of the laws of nature from contingent boundary or initial conditions, which has become part of our physical intuition, is both based on and expressed in the properties of solutions of differential equations. Within these equations we make a further distinction: that between what in mechanics are called the equations of motion on the one hand and the specific forces and shapes on the other. The latter enter as given functions into the former. In most observations and experiments the "equations of motion," i. e. , the structure of the differential equations, are taken for granted and it is the form and the details of the forces that are under investigation. The method by which we learn what the shapes of objects and the forces between them are when they are too small, too large, too remote, or too inaccessi­ ble for direct experimentation, is to observe their detectable effects. The question then is how to infer these properties from observational data. For the theoreti­ cal physicist, the calculation of observable consequences from given differential equations with known or assumed forces and shapes or boundary conditions is the standard task of solving a "direct problem. " Comparison of the results with experiments confronts the theoretical predictions with nature.