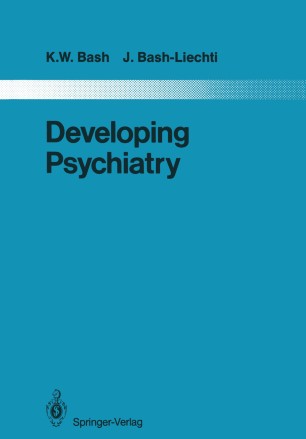 Epidemiological and Social Studies in Iran 1963–1976

This book is a bequest. The author, K. W. Bash, did not live to see its appearance. Though of American parentage, he spent most of his life in Switzerland, where his last professional appointment before his retirement was that of Associate Professor of Psychiatry in Bern. Pro­ fessor Bash made a lasting name for himself with his textbook of psy­ chopathology, his research on Rorschach interpretations and his emi­ nent position in the Jung school of psychological thought. In his last years, however, it was Iranian psychiatry that claimed his main in­ terest. As an expert in the field who also spoke the language, he spent several long periods in Iran, working in an advisory capacity. This book is the product of intensive cross-cultural and epidemiological research, which unfortunately had to be broken off because of the political events in Iran. Nevertheless, editor and publisher count themselves fortunate indeed that it was possible to save the important material that the author had already accumulated from oblivion and to make it accessible to others interested in the field. Prilly-Lausanne C. MULLER Preface The conception of this book originated in our Shiraz Mental Health Survey of 1969170 when, after we had begun epidemiological studies in the villages in 1963, we for the first time gained comparable data from a city. The course of the village studies is described under "Ori­ gins", Part A, Chap. II, and in the chapters on local surveys in Part B.