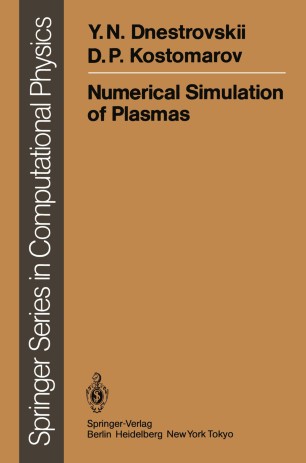 This book is devoted to mathematical modeling of tokamak plasma. Since the appearance in 1982 of the first edition (in Russian), a considerable amount of experimental and theoretical material on tokamak research has been accumu­ lated. The new-generation devices, viz. , TFTR, JET and JT-60 were put into operation. The first experiments on these units have confirmed the correctness of the basic physical concepts underlying their construction. Experiments on plasma heating with the help of neutral beams and high-frequency (HF) waves on previous generation devices made it possible to obtain high-P plasmas. The number of "medium-size" tokamaks in operation has increased. New experi­ mental results and advances in the theory have led to more complicated and perfected models of high-temperature plasma. Rapid progress in computer hardware and software has played an important role in the further development of mathematical modeling. While preparing the English edition of the book, we have revised the text considerably. Several new models which have undergone significant advance­ ment in recent years are described. A section devoted to models of RF (radio frequency) current drive has been added to Chap. 2. The reduced magneto­ hydrodynamic (MHD) equations for high-P plasma are now considered in detail in Chap. 3. Chapter 4 contains the latest results on anomalous thermal conductivity, diffusion coefficient and pinching. Two new sections are added to Chap. 5.