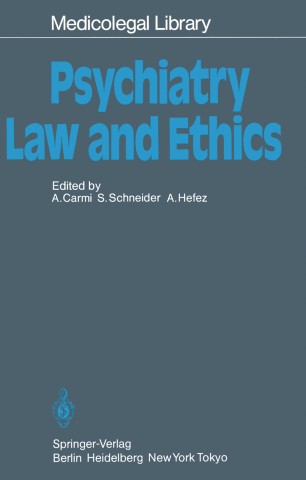 The prostitution of the German psychiatric profession into a Nazi inquisitional tool was a major factor producing the total degradation of German medicine and moral­ ity. Its low point was its psychiatrists killing the patients they were sworn to care for, and its other physicians performing inhuman experiments on patients they were pledged to treat. In America also, psychiatry has been performing some of the functions of an In­ quisition: injuring innocents, both patients and dissenters, and exculpating crimi­ nals, terrorists especially. Innocents are being injured both in and out of psychiatric hospitals. The in­ creased fragmentation of care, the augmentation of its discontinuities, and assign­ ing the responsibility for organizing it to non-medical managers are some of the fac­ tors worsening the treatment results of our hospitals. Wrongful deaths, due largely to the specialty's intoxication with drugs while ignoring the importance of common human decency, have become a national scandal.