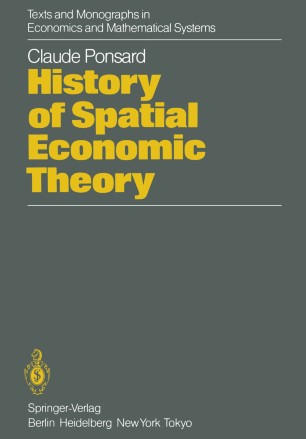 The concept of space has always been a fundamental element in various branches of knowledge. The concept often appears in the evolution of knowledge, either as a basis of theory or as a factor in research. It is associated, more or less directly, with all the history of scientific thought. At the level of simple common sense, the importance of the concept of space is only equaled by its lack of precision. It was part of legend before becoming part of history. To indicate the founding of Rome, Romulus started by drawing the boundaries, locating its landmarks in a discontinuous space after having cut the limits of a continuous space. However, neither geographical explorations nor mathematico-logical speculations have ever completely removed the mystery from the concept of space. For all its simple common sense, its mystique remains intact. The privileged position occupied by the concept of space in the history of science and the vagueness of its meaning in the current use of the term, far from constituting a paradox, are mutually explanatory. Every concept of space is necessarily the result of an abstraction, whether the process by which it is reached is through mathematics, psychology, biology, or any other discipline. At the level of common knowledge, the space-time concept is the base upon which are arranged individual experiences. It is thus easy to understand how the concept of space can be understood only through an orderly arrangement of these experiences and their integration into a logical scheme.