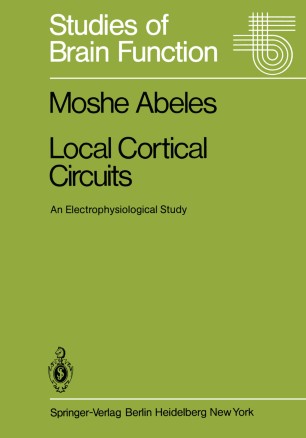 Neurophysiologists are often accused by colleagues in the physical sci­ ences of designing experiments without any underlying hypothesis. This impression is attributable to the ease of getting lost in the ever-increasing sea of professional publications which do not state explicitly the ultimate goal of the research. On the other hand, many of the explicit models for brain function in the past were so far removed from experimental reality that they had very little impact on further research. It seems that one needs much intimate experience with the real nerv-. ous system before a reasonable model can be suggested. It would have been impossible for Copernicus to suggest his model of the solar system without the detailed observations and tabulations of star and planet motion accu­ mulated by the preceeding generations. This need for intimate experience with the nervous system before daring to put forward some hypothesis about its mechanism of action is especially apparent when theorizing about cerebral cortex function. There is widespread agreement that processing of information in the cor­ tex is associated with complex spatio-temporal patterns of activity. Yet the vast majority of experimental work is based on single neuron recordings or on recordings made with gross electrodes to which tens of thousands of neurons contribute in an unknown fashion. Although these experiments have taught us a great deal about the organization and function of the cor­ tex, they have not enabled us to examine the spatio-temporal organization of neuronal activity in any detail.