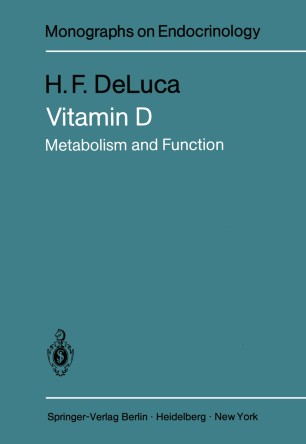 Part of the Monographs on Endocrinology book series (ENDOCRINOLOGY, volume 13)

Because diseases of the bone are often less acute and less lifethreatening than dis­ eases of the circulatory system, gastrointestinal tract, kidney, liver, and the nervous system, they have received a disproportionately smaller amount of attention in the medical world. With the average increasing life span of man as a result of improve­ ments in modern medicine, espe~ially in the pediatric field, the seriousness of many metabolic bone diseases has indeed become more obvious. In addition, other improvements in medicine, such as hemodialysis for the preservation of renal failure patients, have permitted the development of other consequences of diseased kidneys, one of which is the appearance of renal osteodystrophy. Finally, the appearance of several genetic disorders in the area of metabolic bone disease has been underscored by the solution of other pediatric diseas~s of much more serious consequences. These emerging problems all suggest that much remains to be learned concerning the sys­ temic control of bone, both as a structural organ and as a reservoir for the important elements of calcium and phosphorus so essential for the support of life in complex multicellular organisms of which man is the most important. As will be demonstrated in the historical portion of this manuscript, the existence of the three most important humoral factors regulating bone metabolism and func­ tion are now known.