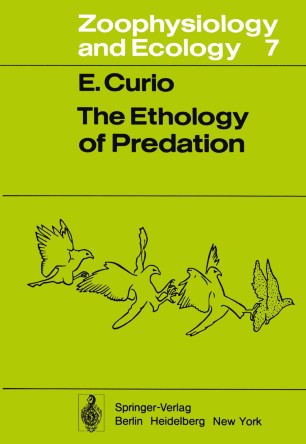 The Ethology of Predation

Part of the Zoophysiology and Ecology book series (ZOOPHYSIOLOGY, volume 7)

Predation is an ecological factor of almost universal importance for the biol­ ogist who aims at an understanding of the habits and structures of animals. Despite its pervasive nature opinions differ as to what predation really is. So far it has been defined only in negative terms; it is thought not to be par­ asitism, the other great process by which one organism harms another, nor filter-feeding, carrion-eating, or browsing. Accordingly, one could define predation as a process by which an animal spends some effort to locate a live prey and, in addition, spends another effort to mutilate or kill it. Ac­ cording to this usage of the word a nudibranch, for example, that feeds on hydroids would be a predator inasmuch as it needs some time to locate col­ onies of its prey which, after being located, scarcely demand more than eating, which differs little from browsing. From the definition just proposed consumption of the prey following its capture has been intentionally omit­ ted. Indeed, an animal may be disposed of without being eaten. Hence the biological significance of predation may be more than to maintain nutrition­ al homeostasis. In fact, predation may have something in common with the more direct forms of competition, a facet that will be only cursorily touched upon in this book.