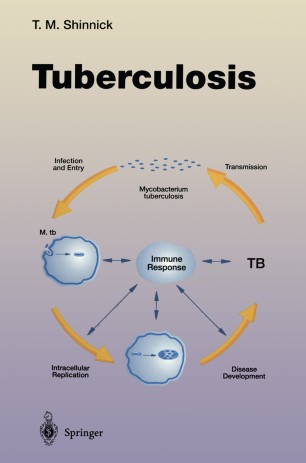 Tuberculosis has plagued mankind since prehistoric times and is still an important source of morbidity and mortality, with particularly devastating effects in developing and tropical countries. Tuberculosis results from an infection with Myeo­ baeterium tubereu/osis, and the World Health Organization estimates that perhaps as much as one-third of the world's population or approximately 1. 9 billion persons are or have been infected with M. tubereu/osis. Each year, there are 8-10 million new cases of tuberculosis and about 3 million deaths due to it. Indeed, tuberculosis is the leading cause of death in adults due to a single infectious agent and accounts for ap­ proximately 26% of all preventable adult deaths in the world. In addition, tuberculosis is an enormous social and economic problem because approximately 95% of new cases occur in developing countries and because about 80% of tuberculosis cases affect persons of child-bearing age and du ring their most economically productive years (ages 15-59). Tuberculosis has also re-emerged as an important public health problem in many developed countries. For example, between 1985 and 1992, the number of tuberculosis cases reported to the United States Centers for Disease Control and Prevention increased by more than 20%. Similarly, Austria experienced a 5% increase in tuberculosis cases from 1987 to 1991, Ireland a 9% increase from 1988 to 1991, Denmark a 20% increase from 1987 to 1992, and Italy a 27% increase from 1988 to 1992.

"...an excellent treatise dealing comprehensively with all pertinent areas of mycobacteriology, by the leading workers in the field. It is an essential purchase for 'Mycobacteriologists'and is an ideal reference book for all microbiologists wishing to understand the pathogenesis of M. tuberculosis." Brit. Jnl of Biomedical Science'
Buy options