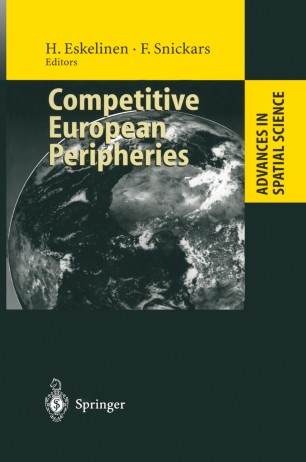 Europe's space is in a flux. Earlier cores and peripheries in Europe are experiencing a profound transformation. The driving forces include, amongst others, Western European economic and political integration, and Eastern European transition. We are also witnessing fundamental technological and organisational restructuring of industrial systems. Information technology and telecommunications are rapidly altering the requisites for comparative advantage. Peripherality is being determined more by access to networks than by geographical location. Economies of scale can be attained in distributed networks of production with good access to markets as well as in large agglomerations. Clearly, these changes also call for new perspectives in regional analysis. This book derives its impetus from an Advanced Summer institute in Regional Science which was arranged in Joensuu, Finland, in 1993 under the auspices of the European Regional Science Association. Some of the papers, which were discussed at the institute, were thoroughly revised for the present purpose. In addition, chapters on specific topics were specially written for the volume. In most contributions, the focus is on the Nordic countries and their internal peripheries. They form a particularly interesting case in assessing prospects for the multi-faceted centre-periphery confrontation in Europe.