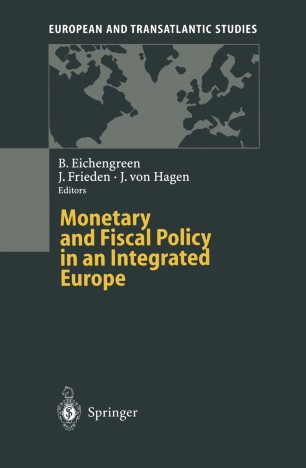 Part of the European and Transatlantic Studies book series (EUROPEANSTUDIES)

In this volume, a group of distinguished economists and political scientists analyzes the political economy of European integration. The authors evaluate recent developments of the European Monetary and Fiscal Policy. They consider the current situation, and assess prospects for the future of an Integrated Europe. This book will be of great interest to observers, scholars, and students of European economic and political affairs, macroeconomic policy, institutional analysis, and comparative and international political economy. The book is unique in combining perspectives from economics and political science and provides an in-depth analysis of the new European institutions. It is published in conjunction with "Politics and Institutions in an Integrated Europe" by the same editors.