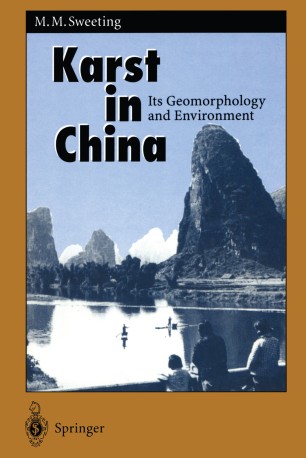 Its Geomorphology and Environment

The writer has been occupied with karst problems for 50 years and first visited China in 1977 as leader of a Royal Society delegation of British geomorphologists - the first delegation from the UK to visit China since the inauguration of the new China and at the end of the Cultural Revolution (Sweeting 1978). It was clear from that visit that a study of the Chinese karst would help our understanding of the problems of karst development and that many of the geomorphological difficulties which at times had stultified karst thinking in Europe, might gain from the Chinese approach and ideas. First, for example, the Chinese karst is in its initial stages much more fluvial in origin than that of the Dinaric karst. Problems which worried European karst geomorphologists, such as dry val­ leys and the debates about karst base levels and the water table have not worried the Chinese so much. The development of the S Chinese karst has proceeded from an original fluvially eroded land­ scape which was later karstified. Secondly, the large area distri­ bution of limestones in China, and the spectacular areas of karst, compared with the often relatively small areas of karst in Europe, have focussed our attention upon the fundamental issues of karstification, rather than upon the endless discussions on the ori­ gin of the small and less significant landforms in the karst.