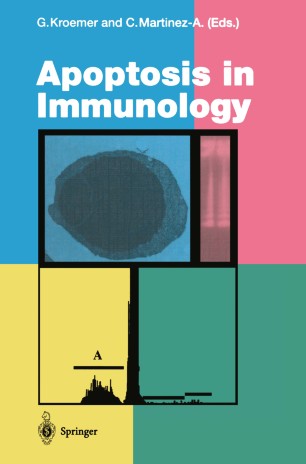 In any movement of their life, immune cells, especially T and B lymphocytes, are confronted with an essential choice: to continue their existence or to commit a sort of metabolic suicide that is referred to as apoptosis or programmed cell death. In contrast to most philosophers, lymphocytes and their precursors are constantly susceptible to suicide, and it even appears that the usual cause of T or B cell elimination is suicide rather than death from natural causes, accidents or murder. This book provides a vast overview of lymphocytes suicide: external triggers and internal motives leading to suicidal impulses, accomplices in self-destruction, weapons implicated in self-execution, removal of dead bodies and pharmacological prevention of suicide. Most of the chapters in this book are devoted to the physiology of apoptosis. The goal is to unmask the external triggers of apoptosis, unravel the signal transduction pro­ cesses involved therein and describe the role of oncogenes, "death genes" and effector molecules in the apoptotic cas­ cade. The remaining chapters deal with the pathophysiologi­ cal aspects of lymphocyte apoptosis, namely, as a host contribution to HIV-induced lymphopenia, and therapeutic strategies for the avoidance of lymphocyte death. We are confident that this compendium will contribute to the exploration of cellular suicide, not only from a basic scientist's viewpoint but also with regard to the possible clinical implications of apoptosis (dys)regulation. Far from having a depressing effect on the reader, cellular suicide may thus provide a source of both intellectual excitement and therapeutic inspiration.