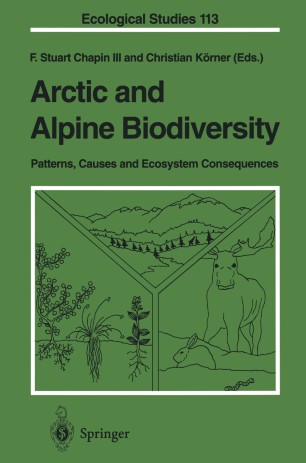 As human populations expand and have increasing access to technol­ ogy, two general environmental concerns have arisen. First, human pop­ ulations are having increasing impact on the earth system, such that we are altering the biospheric carbon pools, basic processes of elemental cycling and the climate system of the earth. Because of time lags and feedbacks, these processes are not easily reversed. These alterations are occurring now more rapidly than at any time in the last several million years. Secondly, human activities are causing changes in the earth's biota that lead to species extinctions at a rate and magnitude rivaling those of past geologic extinction events. Although environmental change is potentially reversible at some time scales, the loss of species is irrevo­ cable. Changes in diversity at other scales are also cause for concern. Habitat fragmentation and declines in population sizes alter genetic di­ versity. Loss or introduction of new functional groups, such as nitro­ gen fixers or rodents onto islands can strongly alter ecosystem processes. Changes in landscape diversity through habitat modification and frag­ mentation alter the nature of processes within and among vegetation patches. Although both ecological changes altering the earth system and the loss of biotic diversity have been major sources of concern in recent years, these concerns have been largely independent, with little concern for the environmental causes the ecosystem consequences of changes in biodiversity. These two processes are clearly interrelated. Changes in ecological systems cause changes in diversity.