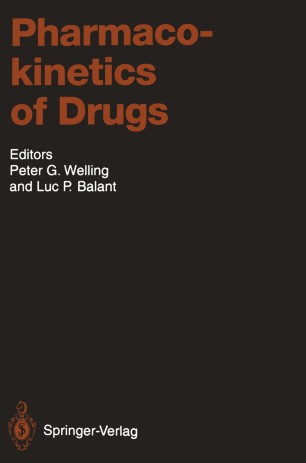 The author of this Foreword has recently retired after spending 25 years in academia and 15 years in the pharmaceutical industry. Most of this time has been spent following and, hopefully in some instances, contributing to advancement of the discipline of pharmacokinetics. During the last 40 years, pharmacokinetics has grown from a fledgling in the 1950s to an adult in the 1990s. The late development of the discipline of pharmacokinetics, relative to other disciplines such as chemistry, bio­ chemistry, and pharmacology, probably stems both from general ignorance of the importance of the time course of concentration-effect relationships in drug therapy and from our technical inability to do anything about it had we been more enlightened. Just as the end of the historical dark ages had to await the beginning of the Carolingian revival, so the end of the pharma­ co kinetic dark age had to await the discovery of adequate analytical methods and also an intellectual leap of faith to accept that drug action is in some way dependent on receptor site occupancy, and therefore on drug con­ centration. The recent evolution of pharmacokinetics has occurred in three phases which may be identified as those of discovery, stabilization, and rationaliz­ ation. The discovery phase, which occurred in the 1950s and 1960s, esta­ blished the mathematics and concepts of "modern" pharmacokinetics and sought areas of application, ranging from model-independent methods, through compartment approaches, to complex physiological models.