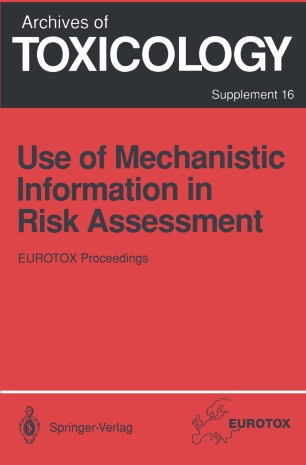 Use of Mechanistic Information in Risk Assessment

M. Pliftski Institute of Oceanography, GdaJisk University 46 Pilsudskiego Av. 81-378 Gdynia, Poland 2 The Baltic Sea with 366,000 km is only 0. 1% of the world's oceans but nevertheless, unique in many ways. The Baltic Sea is the largest area of brackish water in the world. As a formation of nature, it is a sea that in many ways resembles a lake. This makes its flora and fauna interesting and well adapted to the brackish water environment. The recent stage of biocoenosis composition is influenced by several features. Historically, during the last glaciation, when the Baltic was sometimes a huge marine bay and sometimes a large, freshwater lake, several ecosystems developed and were successively replaced. The flora and fauna composition of those previous biocoenosis was discovered from the geological layers corresponding to the Yoldic Sea, the Ancylus Lake and the Littorina Sea periods. Recently the marine influence has come from the North Sea water inflow, which greatly affects the salinity of the deep water. The freshwater influence comes from the fluvial water which gives the surface layer a lower salinity value. Salinity in the Baltic regions varies greatly - Gulf of Bothnia 2-4%0, the central Baltic proper 7-13%0, the Kattegat 15-300/00 in the surface water and 32- 34%0 in the bottom water, the Skagerrak 20-300/00 in the surface and 32-35%0 in the bottom water.