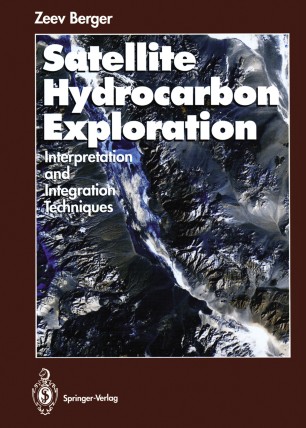 Opening Remarks and spectral signatures which are manifested on satellite imagery data. The debut of satellite imaging systems on board This book aims to fill that gap. It is based on ex­ Landsat I in 1972 was a technological advance of perience gained in the past 14 years by me and considerable interest to earth scientists in general other members of the remote sensing and the and exploration geologists in particular. Two major structural analysis research groups at Exxon Pro­ uses were anticipated for the satellite data. First, it duction Research Company. Explorationists from was expected to replace the traditional aerial pho­ various Exxon affiliates which have used image tograph that had proven to be useful for mapping data to support hydrocarbon exploration have also geological structures, whether well exposed at the contributed. The examples used here, therefore, surface or obscured by thick vegetative and soil co­ are taken directly from Exxon's case studies and verage. In addition, it was predicted that the spec­ training material. The reader must bear in mind tral information provided by the imaging systems that some of the examples which are illustrated could be used to directly detect hydrocarbons from here have been modified to some extent for the sake space. of simplicity as well as for proprietary reasons.