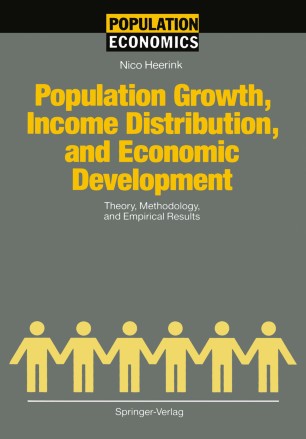 In this book, a model of long-term interrelationships between income distribution, population growth and economic development is developed and estimated from data for 54 countries. The results indicate that a reduction of income inequality leads to lower fertility and mortality, to improvedbasic needs satisfaction, and to lower labour force participation of young and old males and of females in Asia and Africa. The effect of income distribution on saving and consumption is found to be negligible. These outcomes suggest that family planning and health policies in LDCs will show better results when they are supplemented with policies aimed at makingthe poor benefit from economic growth. As regards development policy, the results indicate that a reduction of income inequality does not impair the formation of physical capital, but enhances the formation of human capital and lowers the growth rate of the labour force.