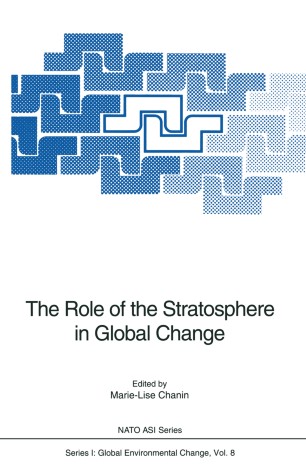 The Role of the Stratosphere in Global Change

Scientists concerned with the processes occurring in the stratosphere are becoming more and more aware of the role that the stratosphere may play in the global climate and in global change in general. This book focuses on the basic processes taking place in the stratosphere and on the stratospheric changes which may occur from either natural or anthropogenic forcing. Of major concern here is the consequence of the increasing Antarctic Ozone Hole and the possibility of similar processes occurring at northern latitudes. One of the expected consequences of the change in the stratospheric composition, mainly ozone depletion, is the change in the penetration of UV-B in the troposphere, at the surface, and in the top layers of the ocean. Monitoring and modeling of those changes are still in infancy, even though the implications may be of utmost importance for the entire biosphere. Several aspects of these consequences with regard to aquatic ecosystems, terrestrial vegetation and human health are presented by experts in these fields.