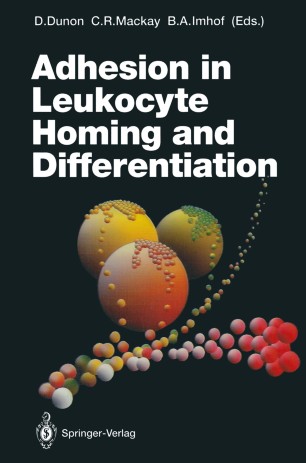 Adhesion in Leukocyte Homing and Differentiation

This volume of Current Topics in Microbiology and Immunology was planned in parallel with an EM BO workshop on cell-cell Interactions in Leukocyte Homing and Differentiation held at the Basel Institute for Immunology in November 1992, and many of the workshop speakers have contributed to it. Cell adhesion is one of the most dynamic fields of biological research and presented in this book is the current knowledge on the structure and function of the major families of cell adhesion molecules-the integrins, the selectins, the immunoglobulin superfamily, and CD44. Complex interactions between the members of these families mediate diverse adhesion functions, including leukocyte-leukocyte interactions, lymphocyte homing, inflammation, and lymphocyte-stromal cell interaction during hematopoiesis. A great deal of emphasis is placed on the regulatory elements that control the expression and function of adhesion molecules. Cytokines not only induce the expression of certain adhesion molecules, but may also modify their functional status. For instance, the integrins exist in either an inactive nonfunctional form or an active functional form, and a number of intracellular or extracellular stimuli modify integrin function. This is particularly important during leukocyte binding to endothelium and transendothelial migration, which proceeds through a cascade of adhesion events. Although cell adhesion molecules play an important role in many processes, this book concentrates on their role within the immune system. A number of chapters discuss the migration of lymphocytes between hematopoietic organs such as the thymus, lymph nodes, Peyer's patches, and spleen.