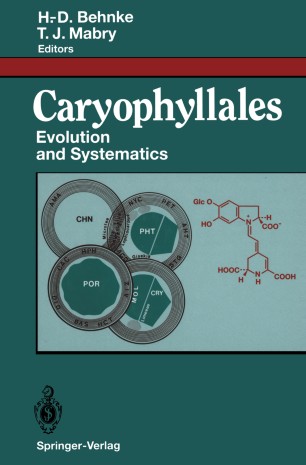 The Caryophyllales are one of the few higher taxa of the flowering plants ofwhich the size and delimitation against other taxa is undisputed. However, their derivation from other taxa and the evolution of families within this order in unsettled. "Systematics and Evolution of the Caryophyllales" reviews the important characters of this taxon emphasizing their contribution and influence towards a new proposal for both the putative origin of the order and the classification of its families. New results in molecular genetics, phytochemistry, ultrastructure, and morphology are provided and discussed in relation to both the classical and molecular systematics of the order. In addition, characters like betalains and sieve-element plastids, which have played a major role in shaping the size of the order, and others like DNA-data or flower morphologythat can be useful to discuss the position of the Caryophyllales within higher plants are critically evaluated.