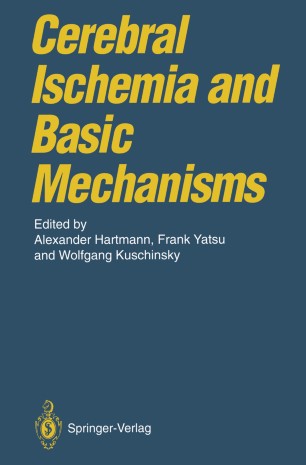 In this volume, one of a series of monographs devoted to the problems of cerebral ischemia and related topics, we present the proceedings of an international conference on Cerebral Ischemia and Basic Mechanisms held in Bad Schachen/Lake Constance, Germany in June 1992. The enormous progress in research recently on the basic mechanisms associated with cerebral ischemia has provided greater insight into the pathophysiological mechanisms of reduced brain perfusion and decreased cerebral metabolism. The high technology instrumentation used to unravel the intricacies of cerebral blood flow and metabolism includes positron emission tomography and magnetic resonance imaging. A description of sophisticated neurophysiological techniques will give the reader insight into new models of reversible and irreversible tissue damage and changes at the molecular level have been described. The therapeutic approaches which have developed from this re­ search have been or will be used in clinical trials and will open new avenues in the treatment of stroke. The organizers of the meeting would like to thank the advisory board for its helpful suggestions and the Deutsche Forschungsgemeinschaft and other sponsors for their important support.