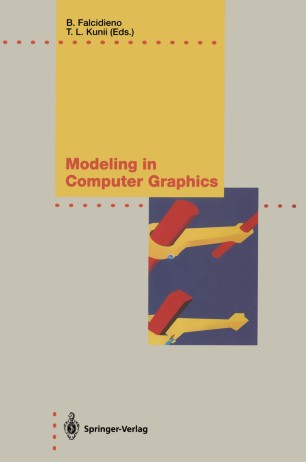 In the history of technology, many fields have passed from an initial stage of empirical recipes to a mature stage where work is based on formal theories and procedures. This transition is made possible through a process called "modeling". Also Computer Graphics as a separate field of Computer Science makes extensive use of formal theories and procedures of modeling, often derived from related disciplines such as mathematics and physics. Modeling makes different application results consistent, unifying varieties of techniques and formal approaches into a smaller number of models by generalizing and abstracting the knowledge in Computer Graphics. This volume presents a selection of research papers submitted to the conference "Modeling in Computer Graphics: Methods and Applications" held at the Research Area of the National Research Council in Genoa, Italy, on June 28 -July 1, 1993. This meeting was the ideal continuation of a previous conference organized in Tokyo, Japan, in April 1991. The success and the variety of research themes discussed at that meeting suggested to promote a new working conference on methods and applications of modeling to be held in Italy two years later.