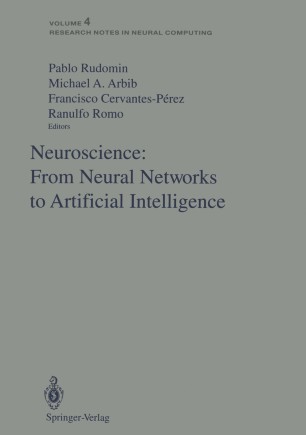 Proceedings of a U.S.-Mexico Seminar held in the city of Xalapa in the state of Veracruz on December 9–11, 1991

The Central Nervous System can be considered as an aggregate of neurons specialized in both the transmission and transformation of information. Information can be used for many purposes, but probably the most important one is to generate a representation of the "external" world that allows the organism to react properly to changes in its external environment. These functions range from such basic ones as detection of changes that may lead to tissue damage and eventual destruction of the organism and the implementation of avoidance reactions, to more elaborate representations of the external world implying recognition of shapes, sounds and textures as the basis of planned action or even reflection. Some of these functions confer a clear survival advantage to the organism (prey or mate recognition, escape reactions, etc. ). Others can be considered as an essential part of cognitive processes that contribute, to varying degrees, to the development of individuality and self-consciousness. How can we hope to understand the complexity inherent in this range of functionalities? One of the distinguishing features of the last two decades has been the availability of computational power that has impacted many areas of science. In neurophysiology, computation is used for experiment control, data analysis and for the construction of models that simulate particular systems. Analysis of the behavior of neuronal networks has transcended the limits of neuroscience and is now a discipline in itself, with potential applications both in the neural sciences and in computing sciences.