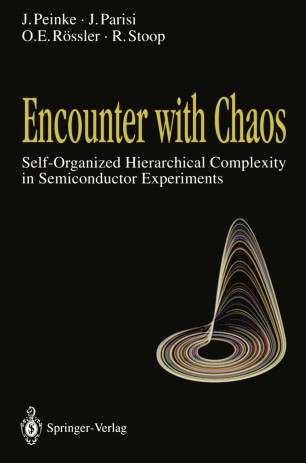 Our life is a highly nonlinear process. It starts with birth and ends with death; in between there are a lot of ups and downs. Quite often, we believe that stable and steady situations, probably easy to capture by linearization, are paradisiacal, but already after a short period of everyday routine we usually become bored and seek change, that is, nonlinearities. If we reflect for a while, we notice that our life and our perceptions are mainly determined by nonlinear phenomena, for example, events occurring suddenly and unexpectedly. One may be surprised by how long scientists tried to explain our world by models based on a linear ansatz. Due to the lack of typical nonlinear patterns, although everybody experienced nonlinearities, nobody could classify them and, thus,· study them further. The discoveries of the last few decades have finally provided access to the world of nonlinear phenomena and have initiated a unique inter­ disciplinary field of research: nonlinear science. In contrast to the general tendency of science to become more branched out and specialized as the result of any progress, nonlinear science has brought together many different disciplines. This has been motivated not only by the immense importance of nonlinearities for science, but also by the wonderful simplicity ohhe concepts. Models like the logistic map can be easily understood by high school students and have brought revolutionary new insights into our scientific under­ standing.