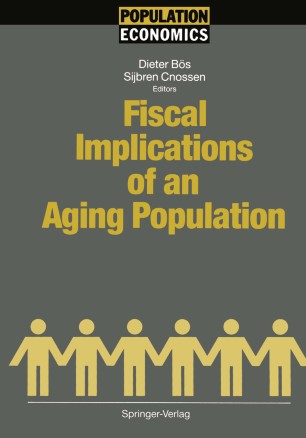 Fiscal Implications of an Aging Population

Serious research into the causes and implications of an aging population is a relatively recent phenomenon. Though several relevant issues of aging havereceived considerable attention in public and political discussions (especially in European countries and in Japan), the economics profession is somewhat lacking behind. This is particularly true for thetheoretical underpinnings of the economics of population aging. Until now, the aging-debate is primarily led by institutionalists. The present book with its analytical and econometric studies on fiscal implications of population aging is an important step in the process of theoretical analysis of aging. It is of interest both for population economists (and demographers) and for public economists - providing a bridge between these areas of research.